A Doctor by Day and a Poet by Night 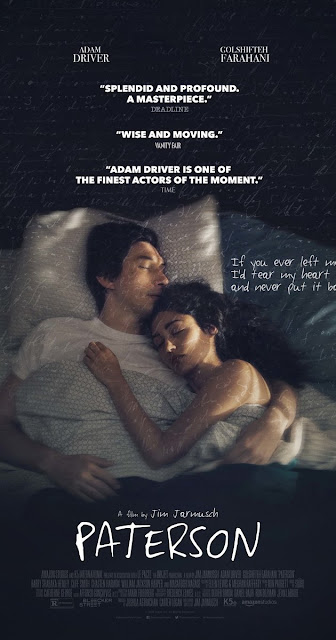 If you stick to the big chain movie theatres you probably haven't seen Paterson. It's a great new movie, worth seeking out, that sits somewhere between art-film and mainstream movie.

As long as you are not into action movies, which this one is definitely not, you'll love it - even if you don't know anything about modernist American poetry.
In the movie "Paterson" is the name of a small town in New Jersey. It is also the name of the main character in the movie, a contemplative bus driver with a very quirky girlfriend. Paterson writes poetry whenever he has a free moment and loves quietly observing people. His life, his poetry and the movie revolve around his everyday observations.

If you know your modernist American poets I'm sure you are already jumping to your feet and shouting the name of William Carlos Williams, one of America's great modernist poets. Williams was born in 1883 in Rutherford, New Jersey and left only long enough to finish high school and attend medical school.  He returned to New Jersey to practice paediatrics and general medicine until his death in 1963. He wrote, amongst many other things, 5 volumes of poetry about the neighboring town of Paterson and its inhabitants.

Whilst primarily a medical practitioner William Carlos Williams was also a prolific writer producing poems, short stories, novels, essays and some highly regarded translations due to his fluency in Spanish, which was the language spoken in his childhood home, and French.

Always a controversial poet, Williams attracted a lot of criticism for his "experimental" style, but the biggest impediment to early success was the publication of T.S. Eliot's The Wasteland which, though also modernist in style, used much more intellectual language than the colloquial, readily accessible American English that Williams preferred.

Williams' most anthologised poem, The Red Wheelbarrow,
illustrates many aspects of his "imagist" style with its commitment to spare, straightforward language and intense imagery. 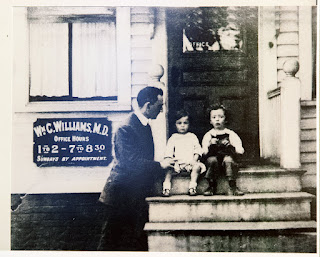 As a poet Williams was highly influential in many American literary movements of the 50s and 60s but as a doctor he also made his mark. St Mary's General Hospital in Passaic, New Jersey where he was head of paediatrics from 1924 until his death, bears a plaque in his honor which reads, poetically, "we walk the wards that Williams walked".


Paterson, the movie, is enjoyable even if you know none of this. But if you know the poetry and the history, even a little, it is a rich experience to see how writer/director Jim Jarmusch (Lost in Translation and many more) has taken a modern epic poem and transformed it into a fascinating and highly watchable movie. Richard Brody in his recent review of the film in The New Yorker says that Jarmusch has made "a movie that's filled with poetry and is a poem in itself."

How nice for Dr William Carlos Williams - to have had a life where medicine and the arts fit neatly together and to have left a literary legacy that is still an inspiration.

I saw Paterson with 3 friends who rarely all like the same movie - this was the exception with something in it for everyone. Definitely recommended for anyone with an interest in America "writ small" or modern American literature.