Catching Up on our Reading

One of the best things we can do to improve our writing skills is to read the work of others. As doctors we don’t get all that much time to do so. But with podcasts we can get our reading done while we drive, while we exercise or while we take a shower!

I’m really excited about The New Yorker Magazine's podcast “The Writers Voice” which they’ve launched as a kind of companion to their popular and long running New Yorker Fiction Podcast. 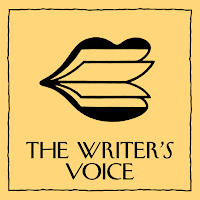 chosen has influenced their own writing practice. (Pause to take a breath!) I find it fascinating. I’ve discovered lots of authors I’d never heard of before and heard some very interesting writerly conversations along the way.

Take a look here to see what a rich library of work there is to listen to.

One of my favourite short story writers is reading in the Writers Voice podcast this week from the May 15th 2017 issue of the magazine. Etgar Keret is an Israeli author who writes short stories that are often quirky but also extraordinarily cleverly told. They are compact but enriched by so much detail that a very short story feels like a whole world. This story is called “Fly Already” and exemplifies his style.

Listen to Etgar Keret here  – it will be one of the best 14 minutes you’ve ever spent.