Remember that wicked film we saw at a past Performers Night - the one about hospital funding (gangnam style) that was taken off Youtube because it was too incendiary?
Anaesthetist/filmmaker Tony Padley is back in 2015 with an excerpt from another short film he's made called "Westmead Story: The Cruelest Cut". Funding is not the issue this time but I have heard the film is very funny indeed. We are very lucky are we to have it on the program this year at Performers Night. You won't find it on the net so you'll have to come to see what it is all about.
There's another five minute film on the program too, by child psychiatrist Sam Younan and called "Not Quite Ready". Its subject matter is shrouded in mystery.
And we've got live comedy as well - Abhi Pal and Leon Edwards are going to see how much fun they can get out of "Bullying in Medicine". They might have set themselves a bit of a challenge!
Come on, come to Camelot on Thursday night- you'll be sorry if you don't! 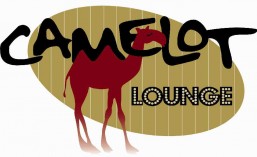 Just drop in on the night or, better still,  let us know you're coming:
RSVP to Howard Gwynne howard@aya.yale.edu
Posted by Jan Orman at 09:00