We"re giving you plenty of warning so there's no excuse for not making it to Performers Night this year!

Join us at the famous
CAMELOT LOUNGE Nightclub in Marrickville
for a fabulous night of entertainment on
Wednesday 29th July.
(Yes, this year it's on a Wednesday)

Put it in your diary!

Prepare a performance for us or just come and cheer for all your favourite creative doctors.
Let's plan to make this our best year yet!

(And don't forget to let us know if you are coming to Writers Night on Thursday 2nd April by emailing Jan at janorman@mccauleysoftware.com.)
Posted by Jan Orman at 21:57 No comments:

Do you need some writing inspiration?

With Writers Night coming up all our Creative Doctor writers are coming out of the woodwork! 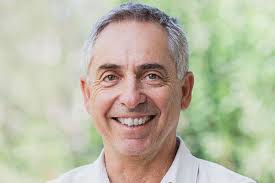 First cab off the rank is Hilton Koppe who many of you will remember gave Creative Doctors a terrific talk at a previous Writers Night and a full day creative writing workshop a few years ago.

Hilton can't make it to our annual networking meeting on Thursday 2nd April (you can see the details in my previous post) but he tells me he is going to be giving another full day workshop at the Byron Writers Festival on Saturday 4th April.

Why not follow up on Writers Night by moseying up to Byron for the weekend!
Here's a link to more information about Hilton's workshop Hilton at Byron

Meanwhile don't forget to let us know if you'd like to come to Writers Night so we have enough chairs and enough food. Get in early if you want to read your work - spots at the microphone go quickly and its first in best dressed!

That RSVP address for CD Writers Night again is
janorman@mccauleysoftware.com
Posted by Jan Orman at 10:14 No comments:

The first Creative Doctors networking event of 2020 is coming up soon.
With all that's been going on in the world around us its been a little hard to focus lately, so do try to come and join us at our annual doctor writers get-together to be reconnected and re-inspired. 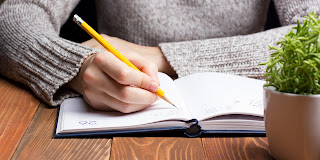 You can simply listen and meet fellow medicos with a flair for writing, or bring some work of your own to read and share.
In the wake of all our recent natural disasters it would be great to have a theme survival and recovery, but there are really no hard and fast rules about what your reading should be about so please join us for some fun and inspiration.

Our venue and catering will be provided as usual by our sponsor Judith Babich of Active Locums who has generously supported Creative Doctors' networking events for well over a decade. 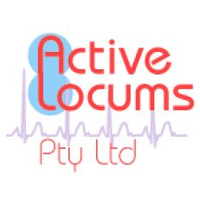 2020 Peter Porter Poetry Prize Winner - can any of us do as well? 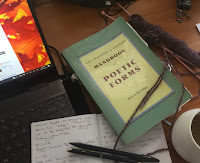 Did you read the shortlisted poems for the 2020 Peter Porter Poetry Prize? Did you have a favourite?

Have you made your decision?
OK so here's the link to  the prizewinner - a wonderful, moving poem that I'm sure you will appreciate. A worthy winner!

If that has whet your appetite for good poetry you might also like to know that the Australian Book Review website also publishes links to past prizewinners. Here's a link to that past winners page. Maybe all those great poems will inspires you to write some poetry of your own that you can share with us on Writers Night.

Creative Doctors Writers Night 2020 is coming up on Thursday March 5th at Moore Park Golf Club with the generous help of Judith Babich from Active Locums. We are all very interested to hear the products of everyone's writing year. We welcome short fiction, non-fiction, excerpts from your last novel, excerpts from plays, lyrics, poetry - anything that, as a wordsmith, you are proud of and would like to share.

If you are a creative doctor/writer who is interested in presenting your work to like-minded medicos please get in touch.

You can contact us for more information via the link on this blog or at janorman@mccauleysoftware.com
Posted by Jan Orman at 14:18 No comments:

The shortlist is out for the 2020 Peter Porter Poetry Prize.
The prize has been awarded since 2005 and was renamed in 2011 to honour the great Brisbane-born poet after his death in 2010.
The 2020 prize winner will be announced on 16th January. In the meantime you might like to select your favorite poem from the shortlist published on the Australian Book Review website

I'm having a bit of trouble deciding which poem I think should win.

Unfortunately I don't understand Lachlan Brown's "Precision Signs" at first reading - I will go back to it later to see what I can make of it.
I love Claire Coleman's "That Wadjela Tongue" about her lost language and the colonisers who
"dragged my language off the land, scraped
my tongue they could not bring themselves to cut out".
Her mastery of the colonisers' tongue has become her greatest weapon.
A.Frances Johnson has written a dark and evocative poem about dementia in "My Father's Thesaurus" that is hugely relevant to many of my peers, and probably to yours as well.
Julie Manning's "Constellation of Bees" is beautifully written with a subtle message about what we are doing to the environment. Julie has written my favourite line. It's about the vermilion Tulip Tree which  "blooms with fragrant open cups - nightclub porn
for bees"
And Ross Gillett's "South Coast Sonnets", a clever extended metaphor about a marriage in the form of five sonnet-shaped stanzas, is both clever and evocative.

I'm no expert when it comes to poetry and it seems in this case I don't even know what I like! (Well, not what I like best anyway.)
Take a look for yourself and see what you think. (Here's the link to the shortlist again)

I'm keen to see a Creative Doctor on that shortlist one day soon, and I can think of one or two already who deserve to be there. Could it be you?